This morning I learned of the passing of a great artist, illustrator, teacher and friend, Jim Spanfeller.

Of all the wonderful instructors I had during my years at Parsons (1971-1974), it was Jim that had the most profound influence. Unfortunately, many younger illustrators and designers today may not know his work. This was a truly unique artist. Under the layers of intricate detail and thousands of dots lies the essence of Spanfeller... his passion for drawing.

Jim's approach to drawing from the model was unlike anything I had encountered up to that point. It was my 2nd year at Parsons and I was struggeling to find a direction that seemed meaningful to me. His was a non-academic, very expressive, almost zen-like method with a fine pen line that really clicked with me. No rules applied, it was liberating. He made you see that drawing could be fun.

Jim began his career in the late 1950's and achieved the most recognition in the late 1960s, 70's and into the 80's. He illustrated many children's books, magazine articles, book jackets and advertising campaigns. Although Jim won numerous awards, his unusual style befuddled some art directors. One champion of his work was the great Herb Lubalin, who featured Jim in Avant Guard and Upper & Lower Case.

Spanfeller was also an advocate of illustrators initiating their own projects and self-publishing, a practice that has become commonplace today.

Jim and his wife Pat have spent part of the year living in NYC and part on Martha's Vineyard (where he passed) with their son Jim (CEO of Spanfeller Media Group) and his family. I feel extremely fortunate to have had this man as a mentor at a crucial time in my life and to have remained friends over these many years. 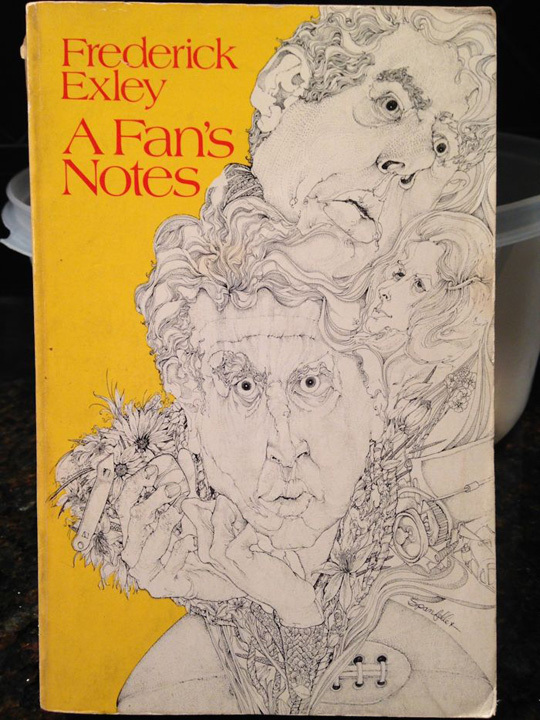 Jim would often use himself (or his wife and son) as a model. I borrowed this jacket image from the Bibliomanic blog.

Halley's Comet. Hard to tell here, but the original drawing is 6 ft. long. All drawn with a 3x0 Rapidograph. 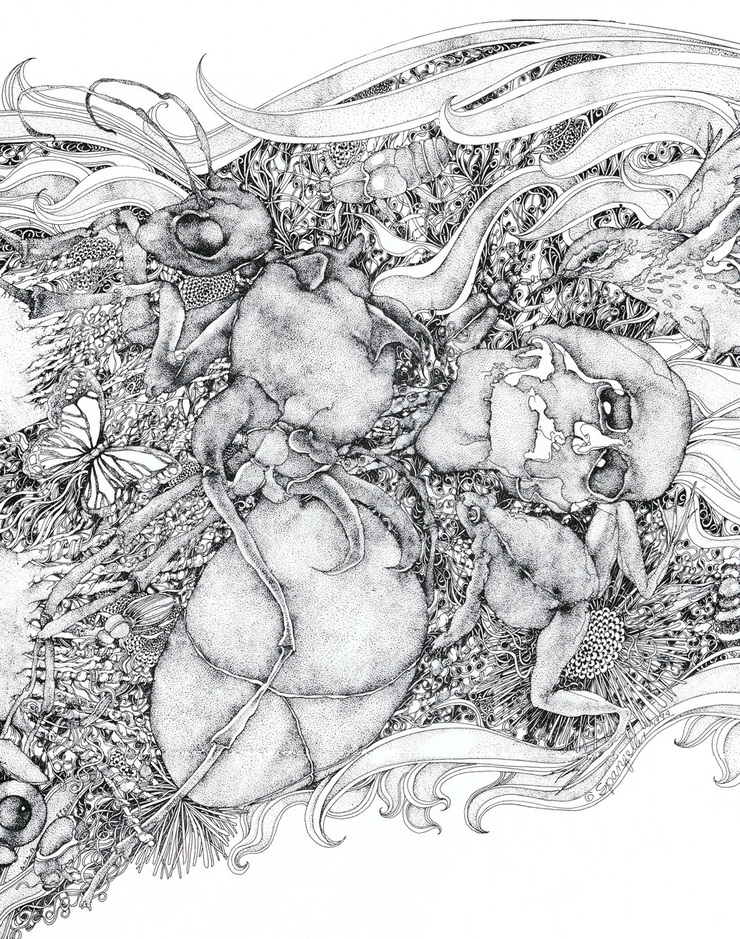 Here's a detail. Jim would often draw various sections separately and then paste it all together. And I don't mean in photoshop. 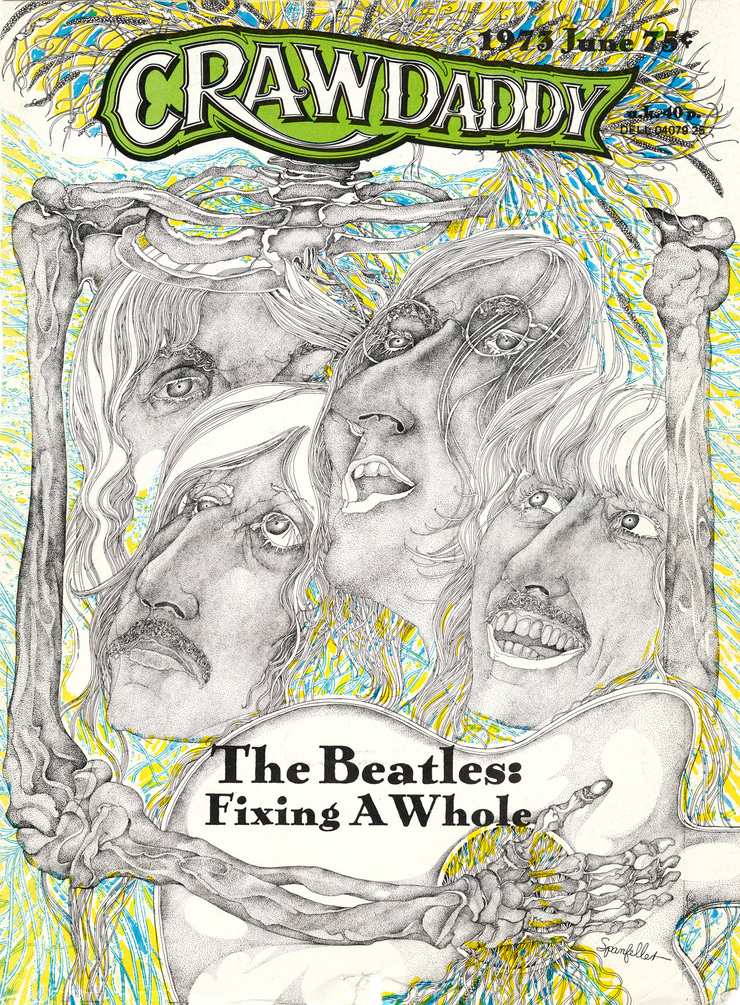 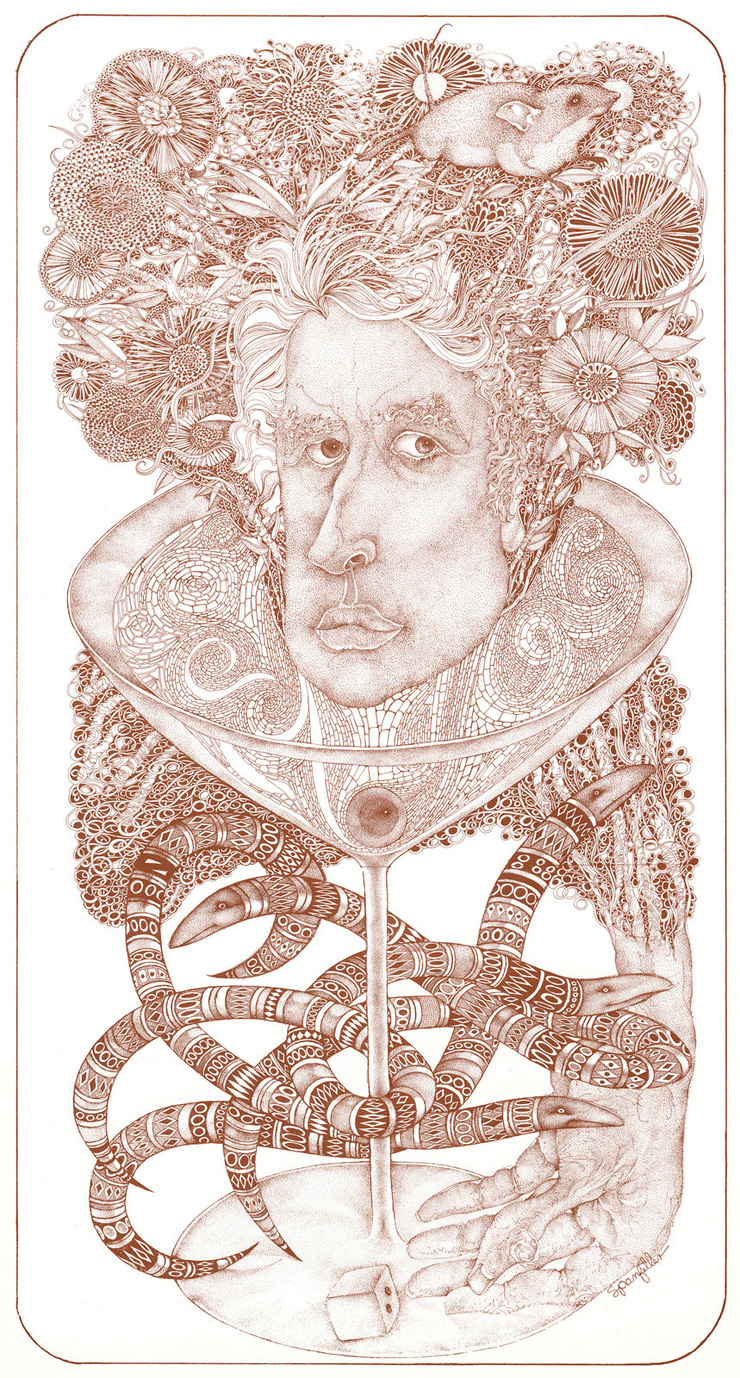 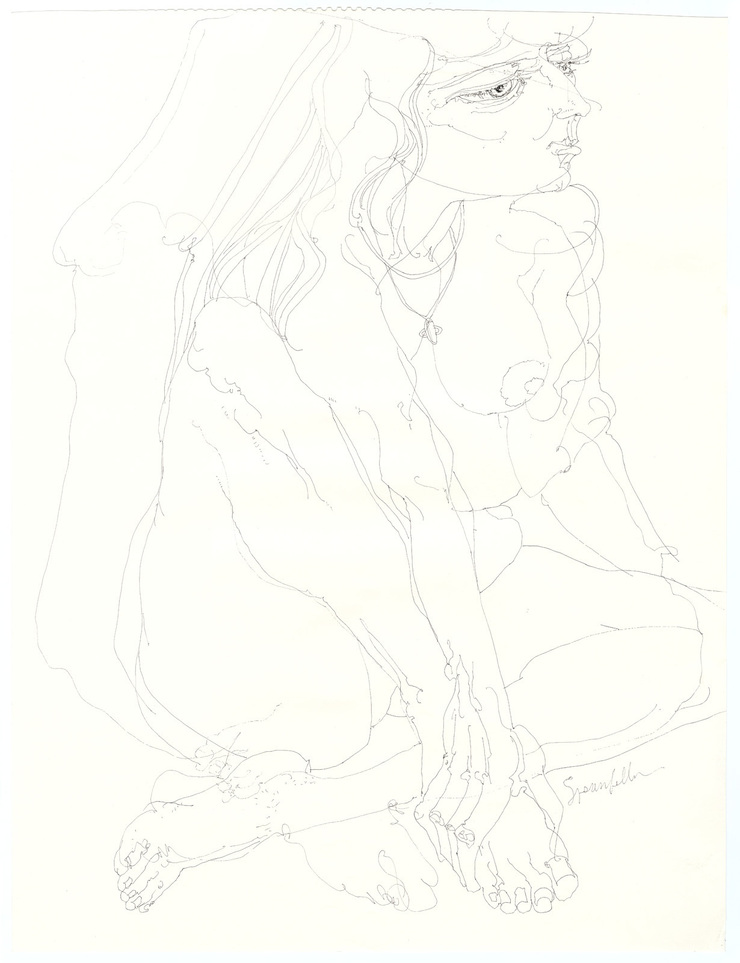 One of Jim's life drawings. Probably drawn with a 6x0 point.