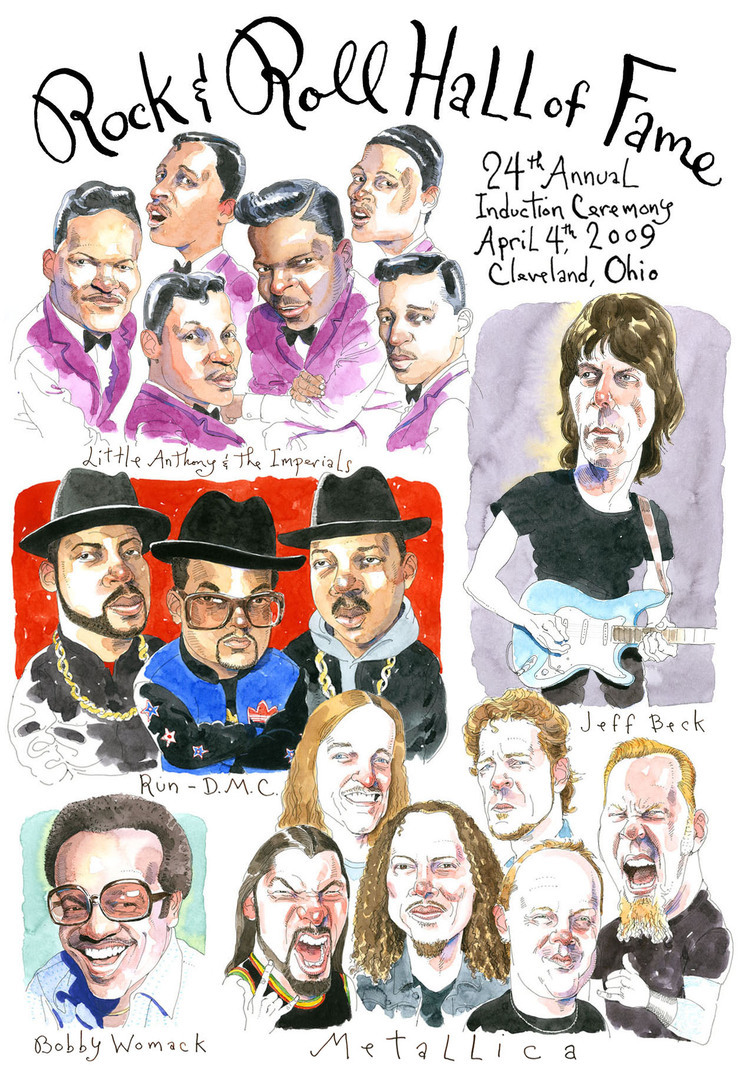 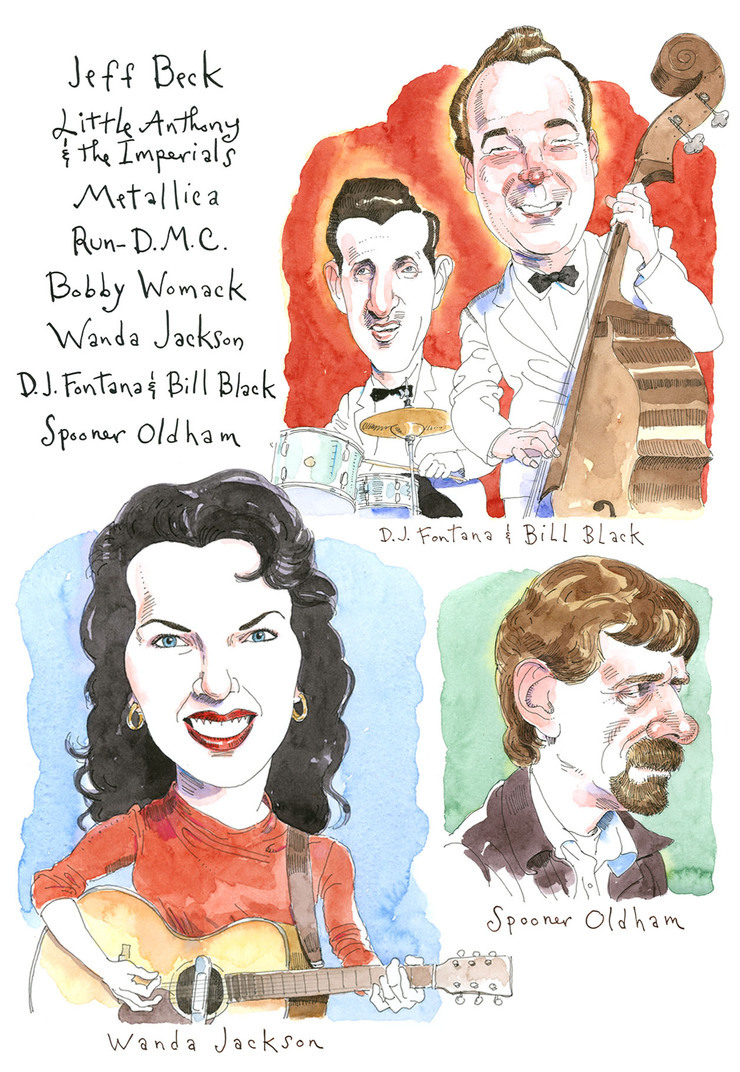 Last weekend Susan and I were in Cleveland to attend the Rock & Roll Hall of Fame Induction Ceremony. The invite was a perk for doing this year's program book cover.
I worked with editor Holly George-Warren and designer Ellen Nygaard, who were great.  Surprisingly, the whole project went pretty smoothly. Each piece was done individually then all were assembled in photoshop with technical/design help from Sue.

The event wasn't held at the museum, but nearby at a much larger space called Public Hall.
There was a cocktail party first where we got to meet Congressman Dennis Kucinich and his lovely
(and very tall) wife. Then everyone was ushered upstairs to the main auditorium for a VIP dinner
for about 1,200 people. After dinner about 5,000 fans arrived and filled the stands for the show.
Some cool and odd highlights for me were:
Entering the hall a few feet behind Jimmy Page and Ron Wood who were laughing it up with Kucinich.
Jeff Beck was joined on stage by Jimmy Page during a performance of Beck's Bolero and the Immigrant Song.
Bobby Womack playing It's All Over Now (with Ronnie Wood) and a killer version of Across 110th St.
Waiting on line in the men's room with a bunch of guys in tuxedos and Flea (from the Chili Peppers) who had bright blue hair.
Metallica's performance was so loud, I could swear that I felt my collar bone snap.